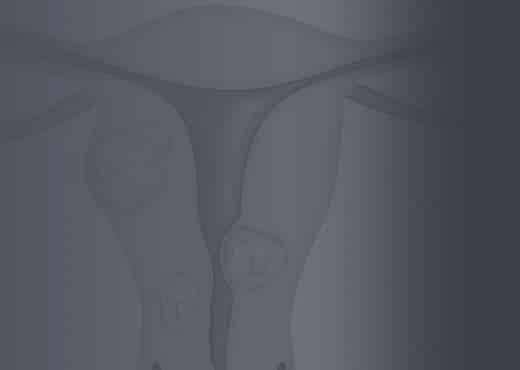 July is Fibroid Awareness Month, a time we recognize a health issue affecting as many as 80 percent of women before they reach the age of 50.1 Fibroids, or muscular tumors that develop in the wall of the uterus, are more common among African Americans than white, Hispanic, or Asian women.1 Generally noncancerous, they can range in size from a small apple seed to a large grapefruit.2

Although some women with fibroids have no symptoms, others may experience abdominal pain, frequent urination, enlargement of the lower abdomen, and heavy menstrual bleeding.2 Despite its prevalence and severe symptoms, the condition is seldom discussed. To change that, we talked with Carmen McKeever, who was first diagnosed with uterine fibroids during an appointment with her gynecologist. 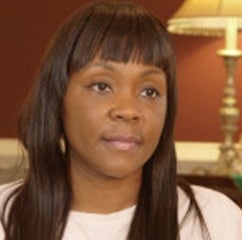 At first, Carmen didn’t think anything of her fibroids, but a few years later, she developed serious symptoms, including heavy, long, painful periods—including a devastating cycle that caused her to bleed for an entire month straight.

“Fibroids really impacted my everyday life.” Carmen explained. “Professionally, I am a nurse. At my facility, our uniform is white scrubs. So you can imagine, every month it was like a nightmare.”

During her period, Carmen had to equip herself with an “arsenal” to make it through the day and avoid accidents. On any given day, she admitted to needing a super absorbency tampon, two ultra-absorbency maxi-pads, a Depend® adult diaper, and Spanx® to hold it all together.

All of this wasn’t enough, as Carmen explained. “I also had all that stuff in my bag just in case I had to change, which was about every hour.”

Unable to tolerate going through life like this any longer, Carmen explored fibroid treatments. But like other women seeking an alternative to a complete hysterectomy, Carmen faced resistance when meeting with doctors.

“The help I received from medical professionals was—operate. Hysterectomy. That was it. I just felt like I was being dismissed,” she recalled with emotion. “I oftentimes felt like it was my fault that I had fibroids. That I was wasting people’s time because I was trying to figure out what I was going to do, and not have a hysterectomy, and that was the only answer I was getting.”

After searching and getting nowhere, Carmen finally learned about uterine fibroid embolization (UFE) from an acquaintance who also suffered from fibroids. After attending a free UFE hospital seminar presented by Dr. John Lipman, a vascular and interventional radiologist and fibroid specialist at Atlanta Interventional Institute, she was intrigued. 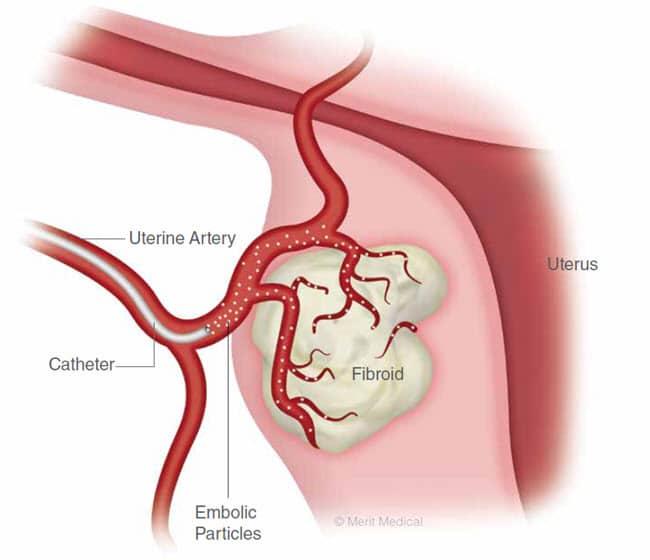 During the UFE procedure, a catheter is carefully inserted into an artery in the wrist or groin area and guided to the uterine arteries that supply fibroids with blood. Tiny particles are injected to cut off blood flow to the fibroids, causing them to shrink. The treatment is generally performed as an outpatient procedure and completed within about one hour.

Upon meeting with Dr. Lipman and learning of UFE, Carmen felt at ease. “He made sure that I had all the information and that I was well-informed, so I could make a logical decision.”

Carmen decided to get UFE and felt it was the best decision. “My pain [during recovery] was nothing compared to the menstrual cramps that I experienced every month,” she described. After resting for four days, she returned to work just one week after the procedure. 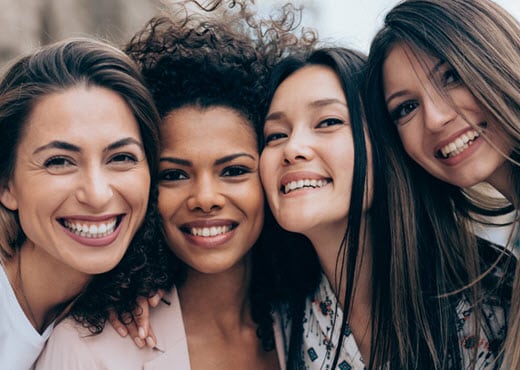 Carmen’s persistence paid off, and she avoided an unnecessary hysterectomy. “I’m hoping that I can use this platform to let other women know about UFE,” she emphasized. “Women who are afraid to wear white pants and who feel a gush of blood flowing every time they get up from their seat. Who pray they have not messed up their seat at work or messed up the back of their pants or their nice skirt when they go out to dinner or they go to church. I hope that by doing this, I let other women know—just like I found out—that there is an alternative.”

Hear from more patients who have overcome fibroids with UFE and now live full, healthy lives.

The above information should not be construed as providing specific medical advice but rather to offer readers information to better understand their lives and health. It is not intended to provide an alternative to professional treatment or to replace the services of a physician.