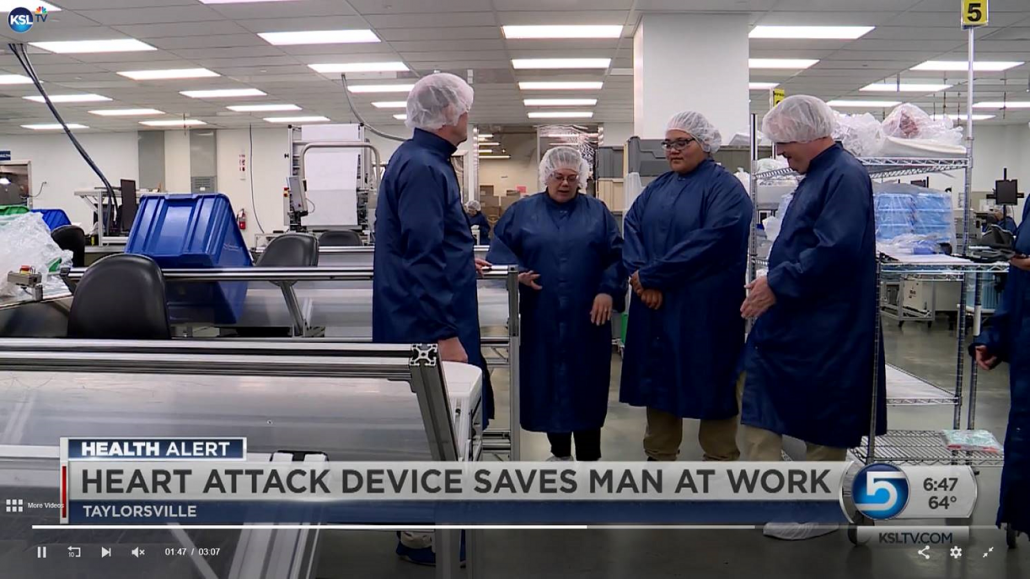 Three Merit Medical employees were featured recently on KSL TV (NBC) for responding to the sudden cardiac arrest of a fellow coworker. Debra Pressley, Teresa Salazar, and Andrew Williamson performed Hands-Only CPR and used an automated external defibrillator, or AED, to revive Jack Rakes and save his life.

“It was just a normal day, everybody said I was my normal self,” Rakes told KSL TV, referring to the incident. “There was no 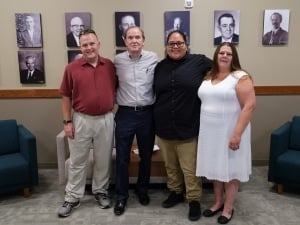 warning. I was just gone in an instant.”

“I heard this sound that you just don’t normally hear, and it had been his head hitting the back of the table,” Salazar added.

“He was gray, he was going gray,” Pressley recalled in the KSL TV interview.

In response to an emergency alarm, Williamson immediately rallied his coworkers to help. “It went, ‘Code blue, we need to get going. Let’s go! Let’s go!’” he said.

To be prepared for such an emergency and keep employees safe, Merit Salt Lake City conducts on-site training in Hands-Only CPR and the use of an AED device. More than half of Merit’s workforce in Salt Lake, approximately 1,100 employees, signed up for trainings this past spring. To ensure emergency device accessibility, AED’s are located throughout Merit’s Utah facility, and after the incident, Merit added an additional eight AEDs. 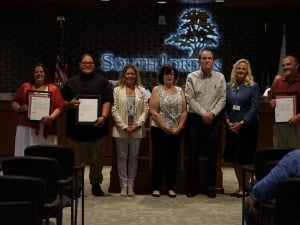 In addition to telling their stories on KSL TV, Pressley, Salazar, and Williamson received the American Heart Association’s Heartsaver Award, a recognition given to people who perform the heroic act of CPR. The employees were also honored at a South Jordan City Council meeting.

“Oftentimes people don’t think that they need to learn CPR,” said Laura Western, Executive Director of the American Heart Association Utah Division, at the South Jordan City Council meeting. “But this is a case where the activation was quick, and the folks at Merit were trained. Their immediate reaction saved this man’s life.”

“I was lucky enough to have an AED and three amazing heroes to help me,” said Rakes at the meeting. “My example shows how unpredictable and sudden cardiac arrest can be. For myself and others, I am grateful that I work for a company, Merit Medical, and live in a city, South Jordan, that care about this issue.”

The South Jordan Fire Department also honored the three employees, and the city of South Jordan issued a proclamation, naming a day in recognition of their heroic act. 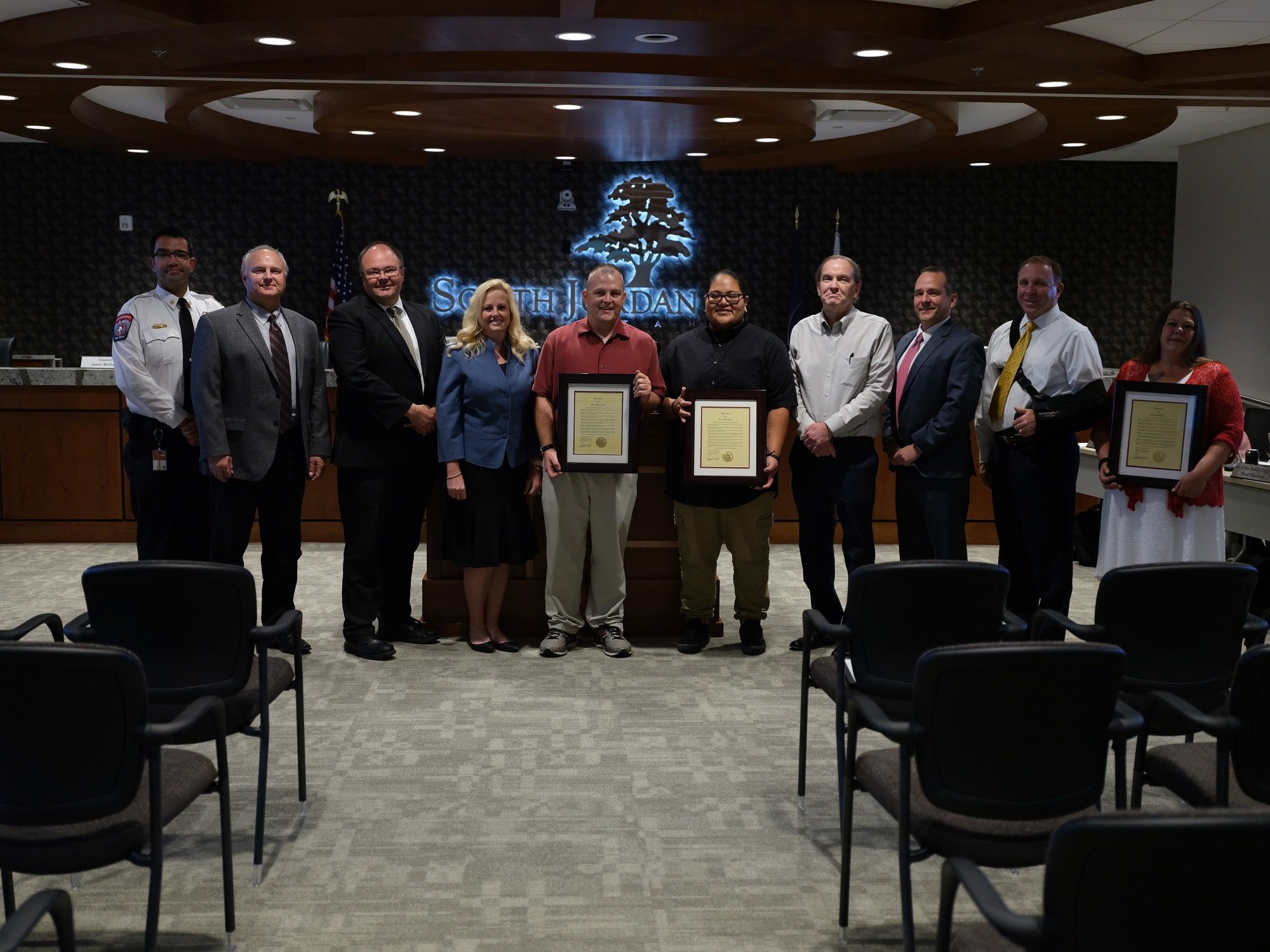 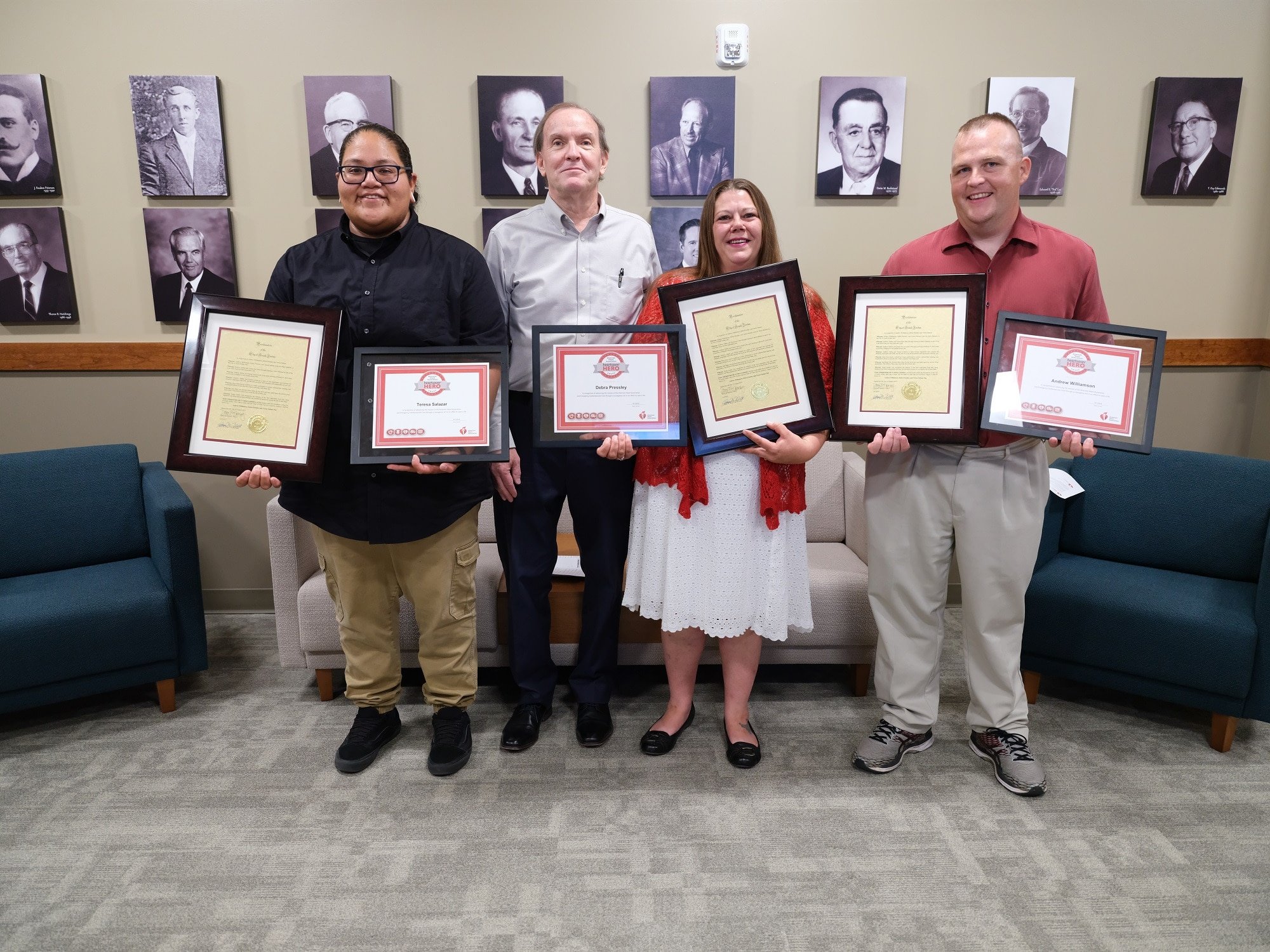