The ThinkVeins education programme is designed to deliver theoretical and practical training in the minimally invasive treatment of venous insufficiency for physicians interested in using the ClariVein OC Infusion Catheter or sclerotherapy using Fibrovein. Attendees include but are not limited to vascular surgeons, interventional radiologists, phlebologists, dermatologists, and angiologists.

Courses are limited in size to preserve the quality of the hands-on experience. To be added to the list of interest for any of the below course dates, please select a date, and a Merit Medical Representative will contact you to discuss course availability. Don’t see a date that meets your needs? We may be able to help place you in another opportunity. 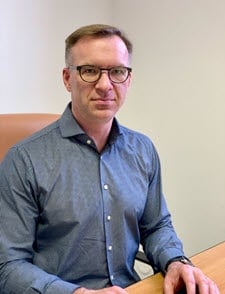 Dr. Bureš is a Consultant Vascular Surgeon and Chief Physician at his private clinic, Galerie Medical Centre in Prague, Czech Republic. He earned his degree at the 2nd Medical Faculty of The Charles University in Prague and became a General Surgeon in 2003 and in 2004 a Consultant General Surgeon in hernia surgery. Dr Bureš has been a member of the team of vascular surgery since 2004, and was appointed Consultant Vascular Surgeon in 2008 at the Regional Hospital Kladno. Dr Bureš has expertise in aesthetics, lecturing in vascular and cosmetic lasers, antiaging medicine, one day surgery and endovascular treatment for varicose veins. He has used ClariVein OC for over 8 years and has performed over 1000 procedures, working internationally as an ambassador since 2015. 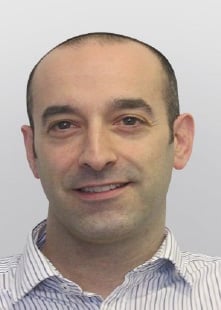 Mr. Williams is a consultant vascular surgeon at the South Mersey Arterial Centre and Arrowe Park Hospital. He trained in general and vascular surgery in Liverpool, Leeds, and Manchester. Mr. Williams has expertise in endovenous ablation for varicose veins and endovascular repair for aortic aneurysm disease. He has a special interest in aortic aneurysm disease, endovascular intervention for peripheral vascular disease, and minimally invasive treatment for varicose veins. Mr. Williams has performed more than 800 ClariVein procedures in both NHS and private practice. He was introduced to ClariVein in 2013, and his practice is now 98% ClariVein. In his NHS practice, he supervises and trains junior surgeons from the North West of England in the modern treatment of vascular disease.

Dr. Mirandola is a vascular surgeon at Pederzoli Hospital in Peschiera del Garda (Verona), Italy, where he is head of the Wound Care Service. In 2000, he received his medical degree from Verona University of Medicine and then completed his vascular surgery residency in 2005. He has a special interest in endovascular techniques for treating peripheral arterial diseases and lower limb revascularisation in patients with diabetic foot. Dr. Mirandola has extensive knowledge using a variety of thermal and non-thermal endovascular techniques, with ClariVein treatment being his main focus. He was the first author in the recent publication “An Italian Experience with Mechanochemical Ablation of the Saphenous Vein Since 2012” (J Vasc Surg Venous Lymphat Disord, 2020, article in press).