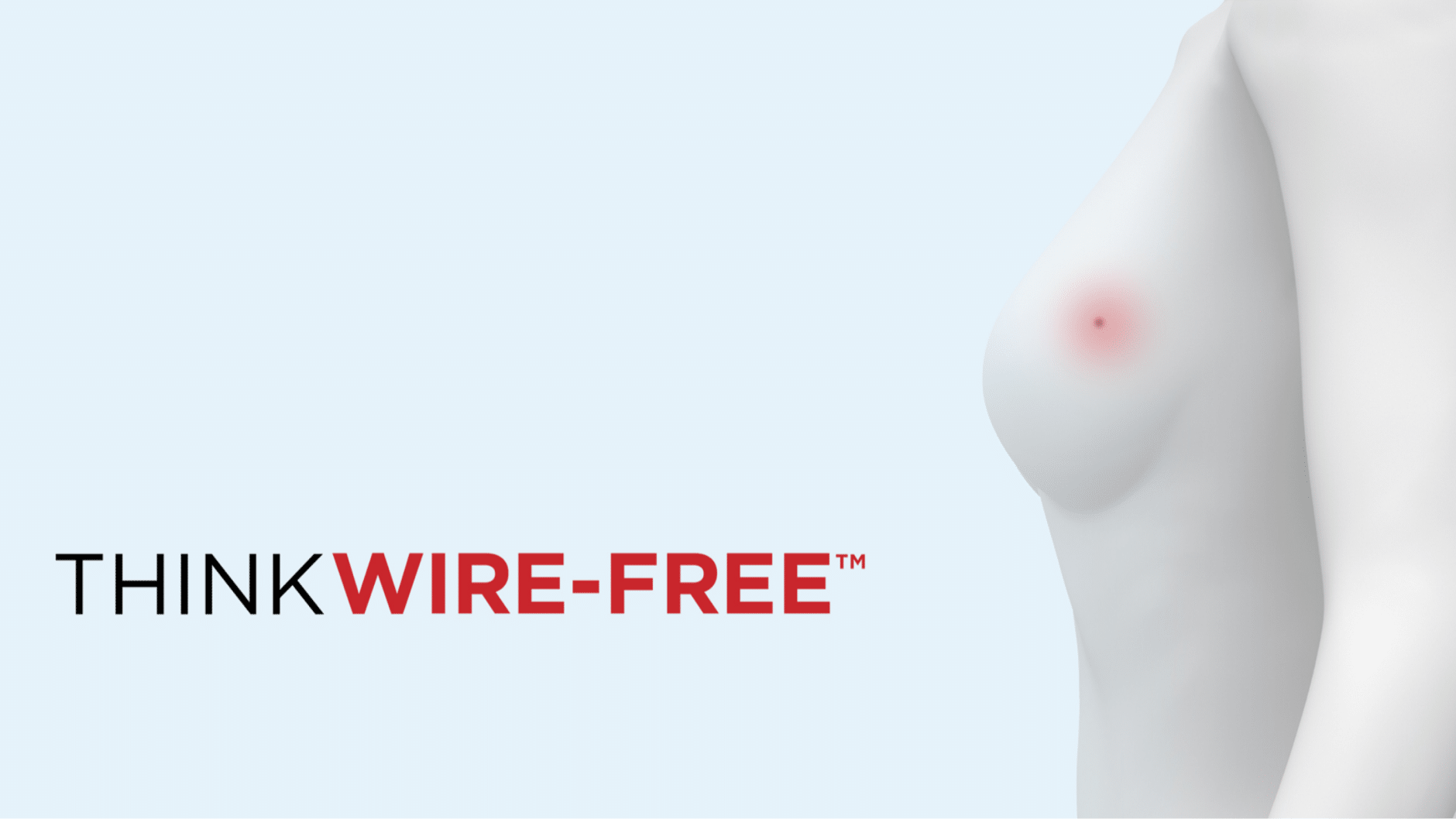 << Back to Merit Medical News

The poster presented preliminary data from a subset analysis of an investigator-initiated, prospective study, documenting that among 24 node-positive patients, 100 percent had successful wire-free localization (WFL) placement with 0.0 mm migration throughout NAT on standard of care preoperative surveillance imaging (mammogram, ultrasound, MRI and PET/CT).  Both the target lymph node and WFL were visualized on MRI and PET/CT imaging. WFL successfully supplemented sentinel lymph node surgery in the surgical cases completed to date (14/14).

“This subset analysis suggests that placement of a wire-free radar localization implant prior to NAT can be performed long term prior to neoadjuvant treatment response when the lesion is clearly visualized on imaging—with no significant adverse effects or migration,” stated Mary K. Hayes, MD. “Since successful neoadjuvant therapy can result in a complete or partial response, a simpler pre-neoadjuvant, imaged-guided wire-free radar localization may replace the more difficult and less reliable wire localization currently done after NAT response.” Having served as the Medical Director of Women’s Imaging at Memorial Healthcare System in Hollywood, FL for nearly 20 years, Dr. Hayes has since expanded clinical and research work as a Principal Investigator at Envision Physician Services Scientific Intelligence teams.

“This may be a more precise method of identifying the biopsy proven positive lymph node following NAT and assuring its removal at the time of surgery,” commented Erica Bloomquist, MD, breast surgical oncologist and study investigator.  “Older methods of localizing this lymph node could result in leaving it behind in the axilla at the time of axillary evaluation and consequently a higher false negative rate for targeted axillary dissection.”

Joining her colleagues as study investigator, Heather Wright, MD, Director of Breast Surgical Oncology noted, “If more studies continue to support these findings, we could see a paradigm shift in the standard of care for patients with known axillary disease and planned NAT.”

“These promising results underscore why radar is the technology of choice for tumor localization both in the breast and now in lymph nodes,” said Mike Numamoto, Vice President of Marketing, Cianna Medical.  “SCOUT® is uniquely suited for placement prior to neoadjuvant chemotherapy treatment, as shown in this study.” It is important to note that SCOUT does not interfere with MRI imaging.  This SCOUT and lesion visibility is important for standard of care pre-surgical planning.

SCOUT, a tool for localizing and directing the removal of non-palpable breast lesions, has undergone rapid adoption and is now FDA cleared for long term use in the breast and soft tissues. SCOUT is now in use at more than 400 hospitals across the United States. More than 58,000 women have had a wire-free localization experience with SCOUT.

About SCOUT®
SCOUT is uniquely suited for marking tumors and biopsy sites prior to neoadjuvant therapy. The SCOUT reflector has a clinically insignificant MRI artifact, it does not interfere with MRI studies, so there is no restriction on the imaging modalities that can be used effectively throughout treatment. With seven peer-reviewed publications and over 20 clinical abstracts, SCOUT has been proven to be easy to use and provides accurate detection and precise localization. SCOUT also has been shown to improve radiology work flow and significantly reduce OR delays. SCOUT has received significant recognition from medical societies and industry associations including the ASBS Scientific Impact Award, the Gold Award for Medical Design Excellence Award and the Premier Innovation Award. Please visit www.ciannamedical.com.